Boredom seems to be in. Some surveys put the percentage of people who yearn for more novelty in their lives at around 70% and rising. So, are you one of them? Here are some brilliantly strange and boring websites. Test yourself whether you believe that you are craving boredom!

Cheddar Vision
This webcam site has received more than 800 thousand hits since it was created in Jan 2007. Highlights have included someone putting a sticker on a piece of cheese, and the sticker almost falling off. 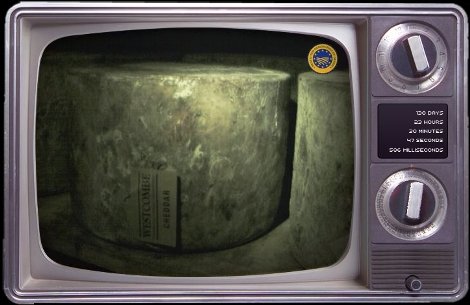 The Neilston Webcam
Someone has put up a webcam on a suburban street in Neilston, a village of 6,000 people 20km south-west of Glasgow. It is updated at regular intervals throughout the day.

Texas Border Watch
This site has been closed but there are plans for it to be reopened in the future. This is a webcam public surveillance project where the 1,240 miles Texas/Mexico border was shown live in the internet. Anyone could keep watch and call the authorities if they saw any illegal refugees trying to cross the Texas/Mexico border. There were two hundred thousand people who subscribed to the website and 25 million hits were recorded.

Eaglecam
Watch the nest of a pair of bald eagles in the backyard of an accountant in Canada.

JenniCam
American student, Jennifer Ringley, put her life under the camera lens and broadcast it live in the internet. Most of the time, the footage was boring though Jennifer, 19, occasionally spiced it up by having sex or stripped in front of the camera. It has been closed down due to nudity issues.