Previously we mentioned about Apple’s white iPhone 4 delay due to opacity and thickness issue from its contract manufacturer, but seems that more and more signs indicating that the white iPhone 4 could be available as earlier as February 27th. 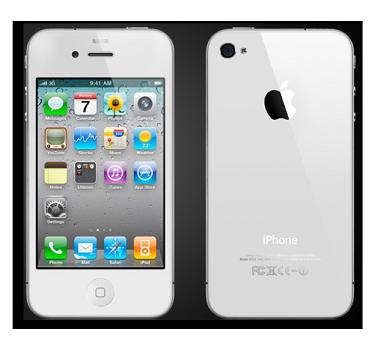 If you wonder how could this production yield issue get resolved, the recently online source revealed that the Cupertino-based company has co-worked with a Japanese company to develop a new paint material that is claimed to be able to have better control and precision in terms of exact paint layer thickness. If you recall, Apple has tried hard to mass produce white iPhone 4 but due to the nature of material and stringent requirements, they can merely produce three success panels every hour in order to get a pure white color while able to sustain sufficient space for digitizer overlay. And now with the magic paint, the yield loss has been reduced significantly, potentially allowing the white iPhone 4 to be on track for spring release.

Apparently, the lacking of color selection doesn’t impact its demand that can be proven by huge volume of 16.2 million units even for last quarter alone. However, some are willing to pay for higher premium just to get ‘white’ iPhone from unofficial overseas supply chain as shown in some retail shops in Hong Kong.