It has been argued that it will not be necessary to learn a foreign language in the future. If technology can translate what we want to say to another language in real time, we need only to master one language and can communicate with anyone we like. Get your hands on the Jibbigo Speech Translator, for instance. Jibbigo is an app produced by Mobile Technologies at Carnegie Mellon University and Karlsruhe Institute of Technology in Germany. The bilingual translation software can be connected to Apple’s iPhone and iPod touch to translate from English to Spanish or vice-versa. 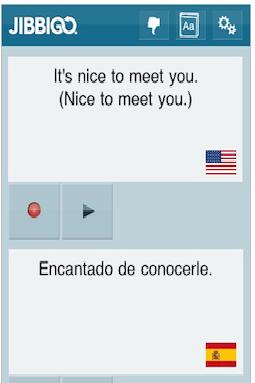 Users just need to speak into the iPhone where their speech will be recorded and translated. The app can only process one sentence at a time. The app has a database of 40,000 words in English and Spanish. It is targeted mainly at travellers. Jibbigo only works optimally on 3GS; the translation process will be unidirectional and very slow in other models. For $24.99, one can forgo the Spanish or foreign language class in school.