The leading maker of video and audio equipment for the consumer and professional markets, JVC U.S.A. has announced the launch of its new JVC Everio GZ-HM550 digital camcorder, which features 10.62 MP back-illuminated CMOS sensor, Advanced Image Stabilizer, Super LoLux, and integrated Bluetooth wireless technology that enables the Everio GZ-HM550 to work with other Bluetooth-enabled devices. 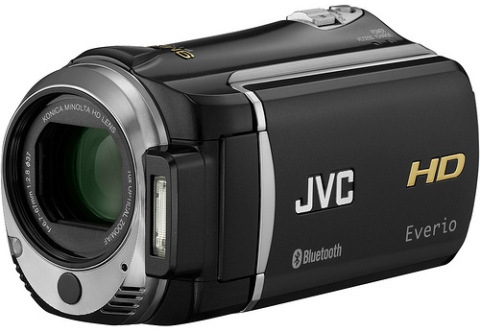 According to JVC, “With the installation of a supplied application, a Bluetooth-equipped smartphone can be used to control the camera remotely, allowing record, zoom and play operations. Use the camera with a GPS device to record location data of where movie and still files were recorded. The data synchronizes with Google Earth when viewing the file on a PC using the bundled Everio MediaBrowser software. The camera can also be used with a Bluetooth-equipped headset to monitor the recorded sound or for voice recording.”

JVC Everio GZ-HM550 that includes an enhanced Everio MediaBrowser software for Windows is slated to be available in coming February for around $800.