The global communications leader, Motorola has official announced its two new mobile phones, ROKR E8 and Z10. According to the company, the Moto Z10 slider phone is a mobile film studio packed with next-generation 3G technology, and video editing capability in an effort to appeal to young folks who like to share videos with their friends through sharing web sites including YouTube, Google, Yahoo and Shozu, aiming to edit and share multimedia directly from the pocket-sized mobile device. 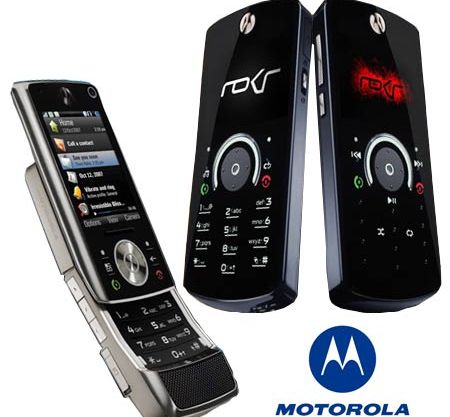 Besides, the music-focused ROKR E8 candybar phone will offer a backlit touch-sensitive keypad, along with a cutting-edge, easy-to-use controls that allow a smooth transition from phone to MP3 player to imaging device.

“At CES 2008, Motorola will demonstrate ‘must-have’ and intuitive mobile devices that allow consumers to explore and enrich every facet of their lives,” said Stu Reed, president of Motorola Mobile Devices.

The latest Motorola ROKR E8 is expected to be available in Q1 2008 but no words on Z10’s availability yet.