Alltel Wireless and LG Mobile Phones has recently teamed up announced a new Android smartphone which is known as LG Axis. The entry level Android smartphone is being designed to allow users to navigate though multiple screens with a simple touch. The speed of the text messaging has been improved with slide out keyboard. The smartphone is runs on Google Android 2.1 operating systems and ability to access Android Market for music, games and other entertainment applications. 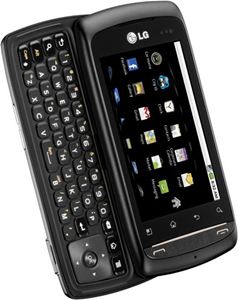 Featured with a 3.2-inch capacitive touchscreen display, the LG Axis is also equipped with a 3.2-megapixel camera with 4x zoom for capturing still images. It boasts with Google Maps and voice-assisted navigation for turn-by-turn directions, supports 3G and Wi-Fi connectivity, and enable users to customize up to five different home screens by adding or removing shortcuts of applications as well as widgets. Additionally, it is Bluetooth enabled.

The LG Axis is available at Alltel Wireless for the price of $89.99 after a $50 mail in rebate with a two year service contract.