LG has announced the upcoming availability of its new social networking handset equipped with a slide-out QWERTY keyboard, named as LG Town GT350, which specifically focuses on social networking services (SNS) to ensure the users always keep connected to their favorite friends and social groups even on-the-move. 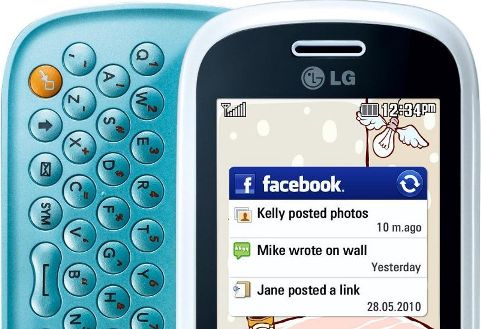 “The LG Town Series is the result of our effort to provide consumers with an exciting on-the-go social networking experience with better connectivity and easier access to the people who matter the most to them,” said Dr. Skott Ahn, President and CEO for LG Electronics Mobile Communications Company. “Starting with the LG Town GT350, the series will offer instant access to a multitude of social networks, providing users with the kind of smart, smooth integration they have told us they want.”

LG Town GT350 which measures just 15.9 mm thin is expected to hit European markets including UK, Germany and Italy later this month, expanded to other countries in the near future. Pricing vary due to regions.