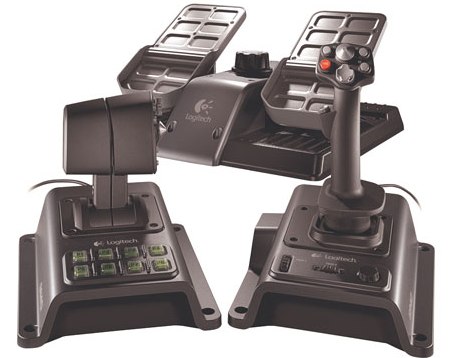 “There’s nothing ordinary about a G-series gaming peripheral, and the G940 is no different,” commented Ruben Mookerjee, Logitech’s director of product marketing for gaming. “We approached this project with the goal of redefining the flight sim experience. Whether you’re flying an A380, an F/A-18 Hornet or a Comanche helicopter, when you want to feel the wind on your wings, control engines together or independently or master tricky maneuvers, the G940 behaves and feels like the real thing – from takeoff to landing.”