Meizu has announced its new mobile phone named as Meizu M8 Mini One, which comes with 800Mhz to 1GHz Samsung processor, offers 3G connectivity via TD-SCDMA or WCDMA, and 3.4-inch touchscreen display. The new Meizu M8 will run with Windows CE 6.0, with a neat little slot for the headphone at the top, and a single “home” button at the bottom of the face of the phone. In addition, the phone also comes with 0.3 megapixel camera on the front and built-in sensors such gravity sensor, ambient light sensor, distance infrared sensor and touch sensor. 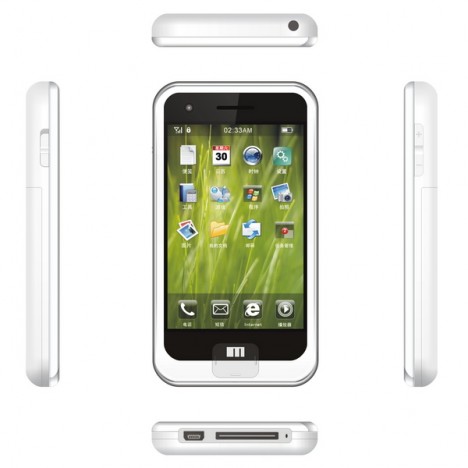 The new Meizu M8 is available in two colour: Black and White. The phone measures just 108 x 59 x 12 mm and weighs only 118g (with battery). Meizu M8 mobile phone will be available starting March 2010 through selected retailers but the price is yet to be announced.