Microsoft to Buy Yahoo in Greatest Internet Deal of the Year 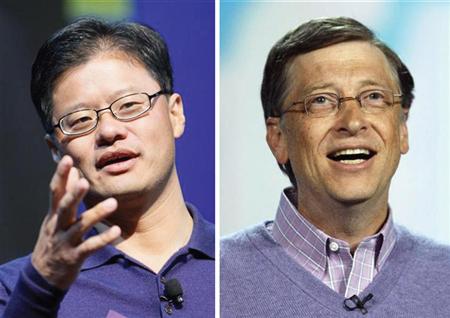 The suit and tie of Microsoft clashing with the casual working style of Yahoo should produce interesting synergies. Can it overtake market leader Google Inc in the fast-growing world of the Net? If the deal materializes, this will be one of the biggest Internet takeovers of the year. Microsoft has offered to buy Yahoo Inc for $44.6 billion or $31 per share in cash and stock. The price is a 62 percent premium over Yahoo’s closing price.

But Yahoo Inc is a declining company and merely a shadow of its dotcom glory in 2000. While the takeover would give Microsoft dominance in Web banner ads used by corporate brand advertisers, Google has fast taken over in Internet search by dominating 77 percent of the market. And search proves to be the most lucrative slice of the pie. Both Microsoft and Yahoo share similarities in their dominance including advertising, email, instant messaging, news sites, and finance sites, but are equally weak in Web search.

Will this takeover signify the end of the iconic Yahoo Inc in Silicon Valley? Will it lead to changes in market domination in Internet search and muscle out Google Inc. while heralding the leadership of Microsoft, who is already the number one compute software producer? Will it lead to stiffer competition and better deals for Internet users? Analysts and experts seem quite skeptical that the takeover can work miracles in overcoming the dominance of Google. On the other hand, doomsayers are speculating that the takeover could follow the deterioration of the Time Warmer-AOL merger. There are exciting times ahead in the Web.