Recently, Microsoft has developed a software which borrowing the concept from video games that allows two users to use the same Windows workstation and monitor at the same time by just adding another keyboard and mouse. In simply words, this is a “split-screen” software which effectively splits the screen in two to allow two people to share and use the same PC at the same time. This technology is basically developed for small businesses and schools in developing countries to reduce the cost of computer and PC. 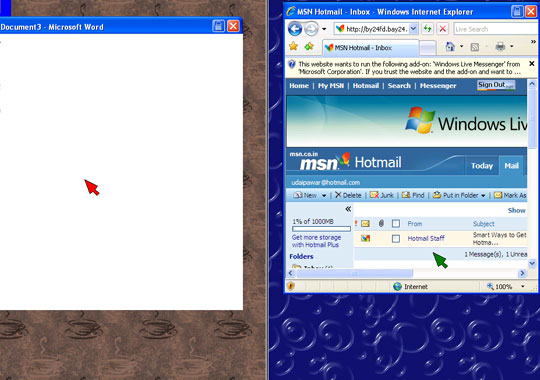 “At the most basic level, we are allowing two users to work completely independently on the same machine, sharing both the processor and monitor,” said Udai Singh Pawar, assistant researcher and project leader. However, the users still can cross the central boundary which apparently “opens the door on sharing and collaborating with documents.”

The technology is currently been developed in Microsoft Research India in Bangalore, and not expected to release to market in few years time.

Anyway, if you are interested of this Microsoft’s “Split-Screen” software then you are advised to have the big screen display also, if you ever think this split-screen software is useful to you.