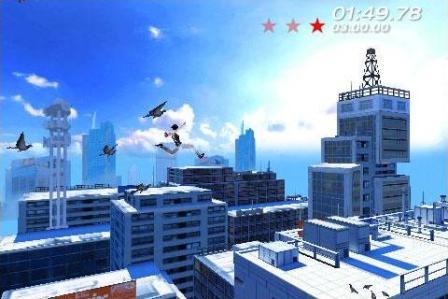 Mirror’s Edge normally costs $4.99 for iPhone and iPod touch or $9.99 for iPad. On January 5th, 2010 only, as part of iTunes 12 Days of Christmas by game.co.uk, everybody who has an international Apple ID or iTunes account can download and install Mirror’s Edge onto iPhone, iPod touch and iPad free of charge. 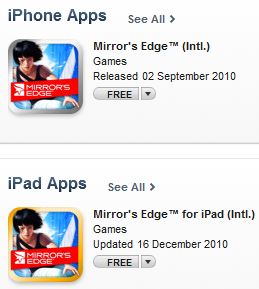 Some of the countries where Mirror’s Edge is available for free is UK, Australia, New Zealand, France, Germany, Italy, Spain, Hong Kong, Singapore, India, Russia and etc. Here’s the link to the Mirror’s Edge on iTunes UK.