One of the worldwide market leaders in mobile telecommunications, Motorola has introduced its new MOTOROI, which the company claim as the first smartphone running Android version 2.0 in Korea, offering users an ability to run multiple applications at once and effortless pinch-and-zoom browsing, combining 8MP camera and 3.7″ full touchscreen display in a single stylish device. 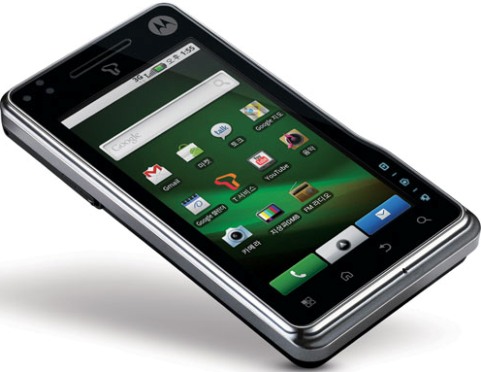 “We are delighted to announce MOTOROI, the first Android-based phone, with SK Telecom in Korea, a key partner in one of Motorola’s key markets in the world,” said Sanjay Jha, co-chief executive officer of Motorola and chief executive officer of Motorola Mobile Devices. “MOTOROI is a smart phone without compromise, delivering a wiser, richer web and messaging experience with the most delightful touch-interface you have ever experienced, all made possible through the combination of Motorola’s expertise in design, a truly differentiated Android experience, and the power of SK Telecom’s network.”

“Motorola’s smart phones powered by Android are receiving tremendous response around the world, and it is our pleasure to introduce one of them for the first time in Korea,” commented Ha Sung-min, MNO president of SK Telecom. “MOTOROI by Motorola will bring a paradigm shift in the domestic mobile market with outstanding Internet, multimedia features and access to the fast-growing Android Market.”

Motorola MOTOROI that comes with an unique docking station will hit SK Telecom stores throughout Korea in coming February, and expected to be available worldwide beginning March 2010.