Nagasa & Co. Ltd, a Japanese trading company has announced on the recall of its portable DVD players after numerous reports of component defects in its LCD panel frame embedded in these DVD players. Even though there is no incident of catching fire yet but the company has voluntarily offered this recall action to avoid any further damage to the company reputation. 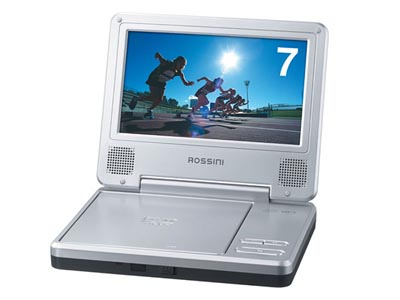 The defect is said to be serious that could cause fire due to overheat of some of its components on board. Insufficient condensers and bad soldering on the components were believed to cause the overheat problem. According to Nagasa, the condensers were produced by one of the components manufacturer in China but it didn’t disclose further details.

The recall action is targeted on 23 models which consist of 450,000 units of portable DVD player released to the market since year 2003. Besides portable DVD player, it also affects some of the company’s product lines such as LCD TV with embedded DVD player and digital photo frame.

Nagasa is expected to lose 14 billion Yen (USD 115 million) due to this major recall. This is almost equivalent to the company net profit projection for the year ending in March 2008.