The leading company in television services for digital video recorders (DVRs), TiVo Inc. has announced that consumers who subscribe to both Netflix and TiVo services (TiVo Series3, TiVo HD, or TiVo HD XL) can now access over 12,000 movies and TV episodes instantly streamed from Netflix directly to their televisions via wired or wireless broadband connection, with no additional costs beyond the existing Netflix and TiVo service charges. 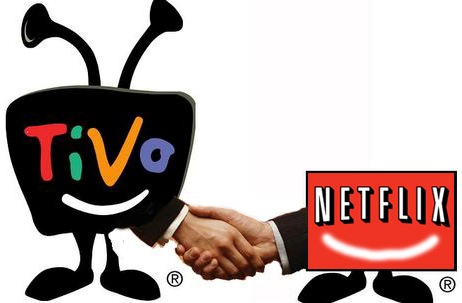 “With so much talk focusing on the economy these days, this partnership makes more sense than ever because it brings people more movies at home, offering substantially more entertainment options than cable or satellite,” said Tara Maitra, GM and Vice President of Content Services at TiVo Inc. “TiVo offers consumers everything they need from just one box. Not only great content from Netflix, but also movies from The Walt Disney Studios and Amazon, music from Rhapsody, videos from YouTube and even pictures from Picasa Web Albums and Photobucket. And that’s all in addition to TiVo’s core functionality that made us a favorite in the first place. It adds up to a one-of-a-kind value.”