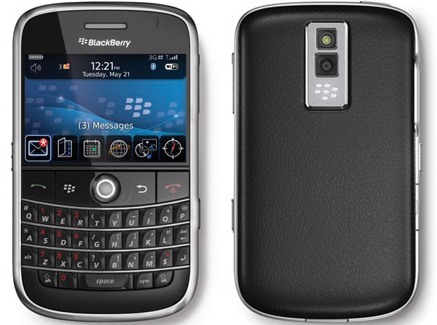 “The BlackBerry Bold is the best BlackBerry smartphone ever, backed by the nation’s fastest 3G network and the hands-down best international coverage of any carrier,” said Ralph de la Vega, president and chief executive officer of AT&T Mobility. “The BlackBerry Bold is the complete package, providing customers with an absolutely outstanding mobile experience whether doing e-mail, browsing the Web, viewing streaming video or simply making a phone call. And it is being introduced in the U.S. only from AT&T.”

According to the release, “The BlackBerry Bold features built-in GPS and Wi-Fi, a powerful new 624 MHz mobile processor that provides impressive performance, more storage memory than ever before — 1 GB on board and up to 16 GB via its microSD/SDHC expansion slot — and a rich set of multimedia capabilities, including an advanced media player for music, videos and photos and a 2 megapixel camera with built-in flash, zoom and video recording, as well as an optimized Web-browsing experience with desktop-style depiction.”

“The development of the BlackBerry Bold smartphone was an ambitious undertaking, and we focused intensely on the things that are most important to mobile customers when developing this best-in-class smartphone for HSDPA networks around the world,” said Mike Lazaridis, president and co-CEO at Research In Motion. “The BlackBerry Bold exudes quality in everything from its stunning display sharpness and incredible keyboard to its premium phone performance and sophisticated software applications. It provides an extraordinary mobile communications and multimedia experience, and we are very proud to introduce this breakthrough smartphone in the United States together with AT&T.”

The new elegant BlackBerry Bold smartphone from AT&T will be priced at $299.99 with a new two-year service agreement and after mail-in rebate.