RIM, Verizon Wireless and Vodafone Group have announced the launch of the long-awaited BlackBerry Storm smartphone, which includes an unique touch screen and cutting-edge multimedia capabilities, aiming to deliver an ultimate smartphone experience. 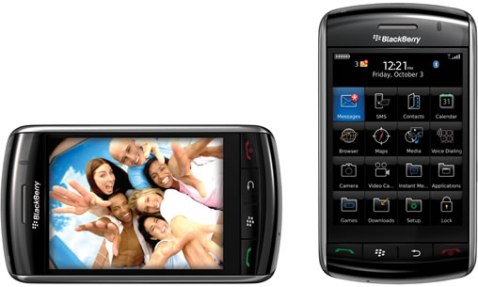 “We are proud to introduce the first touch-screen based BlackBerry smartphone together with Verizon Wireless and Vodafone,” said Mike Lazaridis, president and co-chief executive officer at RIM. “The BlackBerry Storm is a revolutionary touch-screen smartphone that meets both the communications and multimedia needs of customers and solves the longstanding problem associated with typing on traditional touch-screens. Consumers and business customers alike will appreciate this unique combination of a large and vibrant screen with a truly tactile touch interface.”

“The BlackBerry Storm offers our customers more ways to stay connected to both their personal and professional lives – whether in their communities or around the globe,” said Mike Lanman, vice president and chief marketing officer of Verizon Wireless. “The BlackBerry Storm combines the reliability of our 3G network with the dependability and network efficiency of the BlackBerry platform to deliver our customers the ultimate wireless experience – all in one of the coolest smartphones available on the market today.”

“We are delighted to bring the power of the purpose built BlackBerry Storm, directly into the hands of consumer and business customers,” said Frank H. Rovekamp, global chief marketing officer, Vodafone Group. “With its unique clickable touch-screen, giving access to all the desirable multi-media features and services such as browsing, music and video, turn-by-turn satellite navigation, messaging and social networking, and BlackBerry’s mobile heritage and strong business reputation, the BlackBerry Storm is being brought by Vodafone into the consumer world. With Vodafone’s ultra high-speed, reliable mobile network and this exclusive and exciting new smartphone, there has never been a better time to be with Vodafone.”

The new BlackBerry Storm smartphone which measures 110 x 60 x 6.3mm is expected to be available later this fall, exclusively to Verizon Wireless customers in US and Vodafone customers in Europe, India, Australia and New Zealand, but no price has been announced yet.