Research In Motion and Vodafone have announced the next-generation of RIM’s innovative and award-winning touch-screen smartphone – BlackBerry Storm2 (9520), which scheduled to be available for customers in following countries through Vodafone – UK, Ireland, Germany, Netherlands, Spain, France, Italy and South Africa. 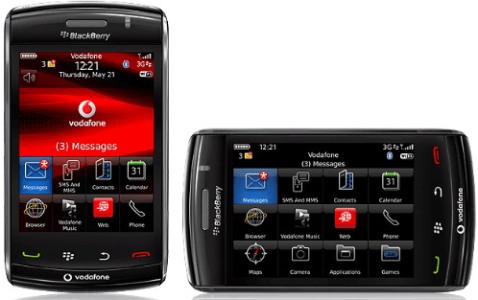 According to RIM, “BlackBerry Storm2 smartphone introduces a new SurePress technology based on an electronic system that provides the user with tactile feedback when the touch-screen is pressed. The new system responds equally to gentle pressure applied anywhere on the surface of the screen and makes clicking the display practically effortless. Typing on the smartphone’s virtual keyboards is easier, more comfortable and more accurate. The new SurePress technology also allows the user to type a letter with one thumb even while their other thumb may still be touching or resting on another letter, enabling faster typing and multi-key actions such as Shift or Alt -key combinations.”