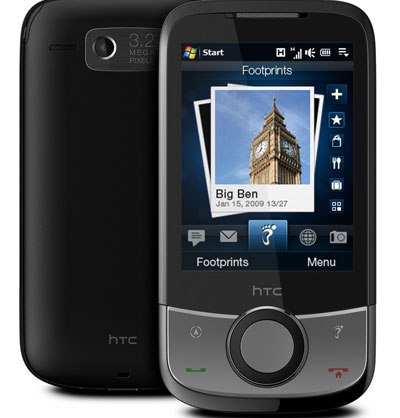 According to HTC, “Once captured, Footprints provides the ability to take notes and an audio clip of that favourite restaurant or special place while identifying its specific geographical location. In addition to identifying each postcard with its specific GPS co-ordinates, Footprints also auto-names each postcard with its general location or area.”

“Just as we have seen GPS technology transform how people navigate to new places, we are now seeing location-based applications like HTC Footprints changing how we interact and carry our memories,” said Peter Chou, President and CEO, HTC Corporation.