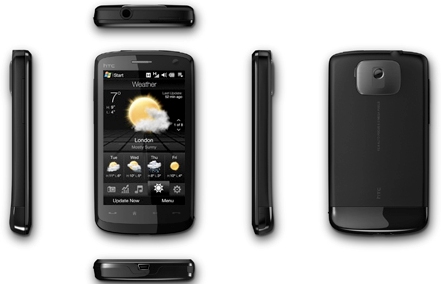 “Today, Widescreen TV, Internet and video have become the standard so there is no reason to compromise when you leave the house, the Touch HD delivers that uncompromising multimedia and Internet experience,” said Peter Chou, president and CEO HTC Corporation. “We are living in a time where the concept of entertainment has radically changed. The internet is so much more than just email and our customers expect to be able to access the Internet and high quality multimedia content no matter where they are in the world.”

According to the company, “The HTC Touch HD has been conceived for both business and consumer users alike, who demand style and performance and do not think the two are mutually exclusive. The HTC Touch HD is the ideal handset for people who are embracing the mobile multimedia shift but who do not wish to forgo quality, simply by being on the move.”