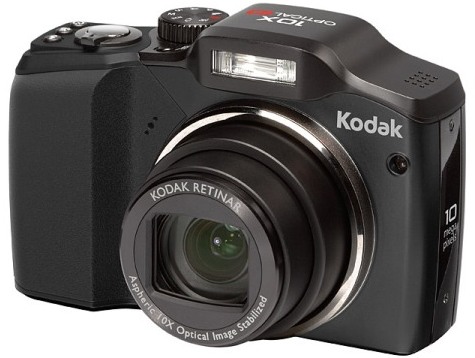 “The new Z915 is a versatile camera that’s ideal for families on the go, making it ideal for consumers who want more zoom but don’t want a bulky camera,” said John Blake, General Manager Digital Capture and Devices, Vice President, Eastman Kodak Company. “With its combination of Smart Capture and high zoom with optical image stabilization, the Z915 stands out in a fast-growing product category, and delivers great performance to consumers who are looking for new ways to advance their digital photography experience.”

The new Kodak EasyShare Z915 will be available in red, blue, black and gray colors in coming April for an MSRP of $199.95.