The well known Chinese PC maker, Lenovo has announced the availability of its new IdeaCenter A600, the first all-in-one desktop from the company, which offers a bundle of unique features such as facial recognition and true high-definition entertainment technologies, aiming to give users a computing experience like no other. 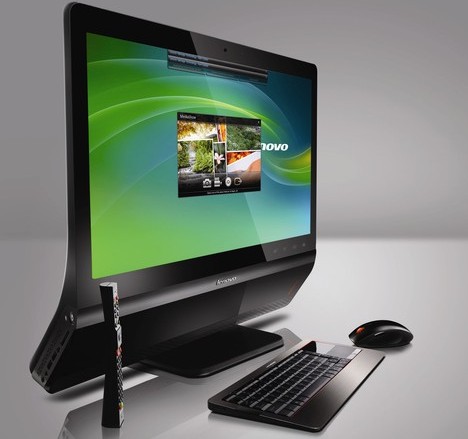 Impressive highlights of Lenovo IdeaCentre A600:

According to the company, “The Lenovo 4-in-1 remote controller can also be used as a VOIP handset to make and receive phone calls over the Internet, similar to a typical cordless telephone. The remote also serves as a media center/TV remote, and with Microsoft Vista Media Center users can use the controller to operate DVDs, movies and TV. Additionally, the remote also functions as an ‘air mouse’ so it can be used to operate the cursor on the screen, eliminating the inconvenience of using a wired mouse.”

The new sleek Lenovo IdeaCenter A600 all-in-one desktop that measures only 1 inch at its slimmest point is expected to be available in coming April 2009 with MSRP starting at $999.