The Taiwanese electronic manufacturer, MSI has launched its new MSI GX723 notebook. The new Core 2 Duo based notebook is targeted to game enthusiasts who like to play modern games that require higher speed. The new MSI GX723 is featured with a 512MB GeForce GT 130M graphics chipset that good enough to run games smoothly. 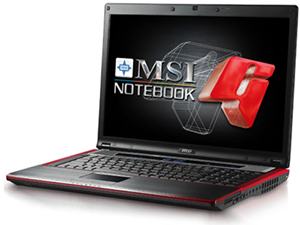 Powered by Core 2 Duo processor, MSI GX723 is also featured with a 17-inch display with 1680 x 1050 resolutions. It boasts a 2-megapixel camera, comes with a Blu-ray or DVD drive and has built-in five speakers for enhance the multimedia performance.

The price and the availability of MSI GX723 notebook is not yet announced.