The well-known Finnish multinational communications corporation focused on wireless and wired telecommunications, Nokia has unveiled its new ultra-slim S60 mobile device – Nokia 5630 XpressMusic, which features world class music player, and Nokia’s innovative voice-controlled “Say and Play” feature that enables users to control over their favorite music by saying the name of artist or song to automatically play it, aiming to provide users a superior entertainment experience. 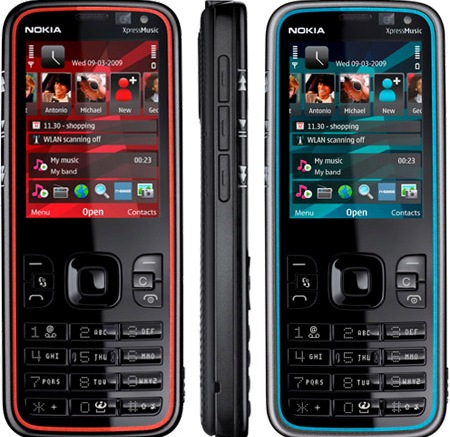 According to Nokia, “Putting people first, the Nokia 5630 XpressMusic homescreen gets individuals closer to the people and media that are most important to them. The Contacts Bar allows direct access to up to 20 closest friends or business contacts straight from the homescreen and provides a full communication history with these contacts including recent emails, messages, phone logs and photos shared. A shortcuts bar at the bottom of the homescreen gives quick access to the most frequently used applications including music, radio, Web, N-Gage and photos.”