Nokia has announced the availability of its new powerful entertainment device for music lovers and social butterflies – Nokia X6, which incorporates 3.2-inch 16:9 touchscreen display, 5MP camera with Carl Zeiss lens and dual LED flash, A-GPS, 32GB internal memory, Wi-Fi, and Bluetooth, capable of playing up to 35 hours of music or up to 4 hours of video playback. 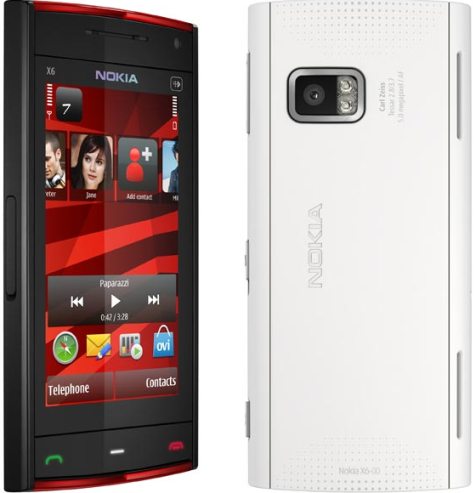 According to Nokia, “With direct access to Ovi Store, the Nokia X6 is a hive of activity that brings 20 friends and virtual communities, like Facebook, to your homescreen.”

“The Nokia X6 and Comes With Music is a powerful combination, enabling music fans to download all the music they could ever want – quickly, easily and for free,” said Jo Harlow, Vice President of Nokia. “We’re giving people convenient access to and ownership of a vast music library and an exciting new touchscreen device to play their music on.” 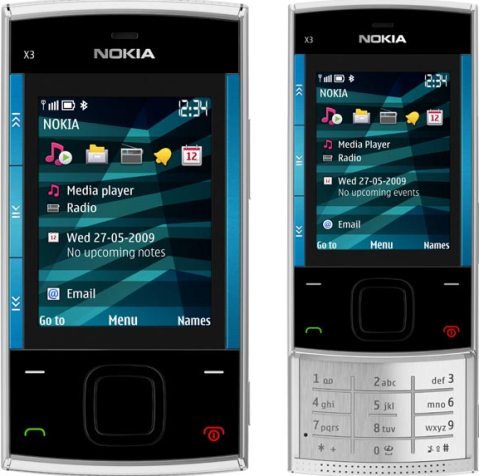 In addition to Nokia X6, the sleek and compact Nokia X3 slider phone which the mobile giant claims as the first Series 40 Ovi Store-enabled device also joins Nokia’s music family, featuring 2.2-inch QVGA screen, 3.2 megapixel camera, FM radio and stereo speakers, supporting up to 7.5 hours of talk time or up to 36 hours of music playback on a single charge.

The new Nokia X6 and Nokia X3 music phones will be available in fourth quarter of 2009 for around EUR 450 and EUR 115, respectively.