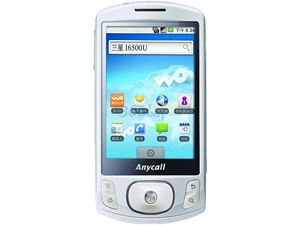 Featured with a 3.2-inch AMOLED touchscreen display with 320 x 480 resolutions, the Android device is also equipped with a 3.2-megapixel camera. It supports HSDPA, integrated A-GPS for turn-by-turn direction, has built-in FM radio for user to enjoy their favorite songs while on the go, handwriting recognition, USB ports and a mircoSD memory card slot. Furthermore, it is Bluetooth enabled, comes with a 1500mAh battery and supports Wi-Fi.

Available in black and white color, the Samsung Galaxy i6500U is available now for pre-order in China via 360buy.com with the price tag of about $500.