The Japan consumer electronics giant, Sony has recently announced its new PSP (PlayStation Portable) at the E3 2007. The upgraded Sony PSP that features an 4.3 inch wide high resolution LCD screen (189 g weight, 18.6mm thick) is 33% lighter and 19% slimmer than its predecessor. In addition, it will also have improved battery life and a faster Universal Media Disc (UMD) drive which aimed to improve load times for games and movies. 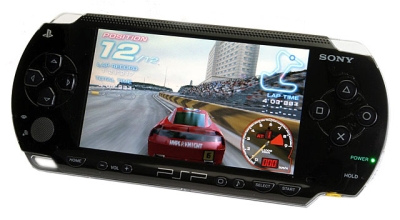 Furthermore, the new PSP also includes the video output capabilities that allows you to hook it up to any television (TV) set and share the video that playing from your beloved PSP with just a click on the dedicated button.

The new Sony PSP that available in Piano black and Ice Silver colours will be shipped in coming September for about $200. On another hand, Sony will also release the new special limited edition Ceramic White PSP with Darth Vader silkscreened on the back by coming October also for about $200. Both version of new PSP will include a game title.