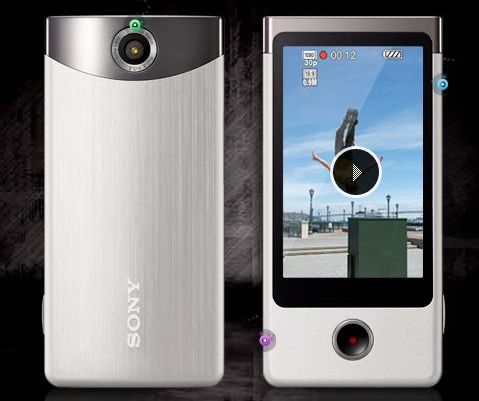 One of the most notable features for Sony Bloggie Touch is the large, vivid 3″ display that can auto-rotate for vertical or horizontal shooting/viewing according to how you’re holding the video camera. In addition, the Bloggie Touch also allows for easy sharing of HD videos and photos to popular social networking sites including Facebook, Flickr, Picasa Web Albums and YouTube.

“The new Bloggie Touch addresses the growing need for premium video products with advanced technology in a desirable package at a competitive price point,” commented Andy Bubala, director for camcorder business at Sony. “We started from the ground up to develop a new system of hardware, software and seamless integration with social network services for an easy, intuitive shooting and sharing experience that anyone can enjoy.”

Sony Bloggie Touch will be offered in 2 model – Bloggie Touch MHS-TS20 (8GB internal memory) and MHS-TS10 (4GB on-board memory), slated to hit the market in coming October for around $200 and $180, respectively.