The Japan-based consumer electronics giant, Sony has announced the launch of its next-generation network device (updated version of Sony Mylo), called as Mylo COM-2, the cool pocketable broadband device which aimed to put the fun of a PC in your pocket. 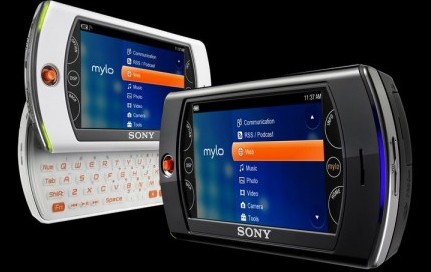 According to the company, the latest Mylo communicator will support the most popular messaging program in US – AOL Instant Messenger. In addition, Mylo COM-2 users will have free access to commercial hotspots in the Wayport network including more than 9,000 McDonald’s restaurants, until the end of 2010.

“With the rise of social networking, people are making more friends and staying closer to the ones they have,” said John Kodera, director of marketing for personal communication devices at Sony Electronics. “And while they’re chatting and posting to their personal web pages, they’re listening to music, playing games or surfing the Web. The new mylo communicator combines these fun parts of your PC in a portable device so you can stay connected when you’re away from your home computer.”

The new Sony COM-2 Mylo communicator devices which available in black and white color is expected to hit the market later this month for around $300.