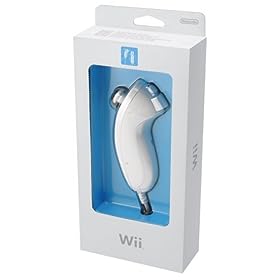 Is a weak arm or physical stamina keeping you from taking your Nintendo Wii gaming experience to the next level? Perhaps you should look into getting the Nintendo Wii Nunchuk Controller. This accessory adds even more innovation to the next generation of gaming and does it all with less physical movement.

Contoured to perfectly fit a players hand, the Nunchuck controller builds on the simplicity of the Nintendo Wii Remote controller. The Nunchuck contains the same motion-sensing technology enabled in the Wii Remote but also includes an analog stick to help assist in character movement. This analog stick can be a godsend if you feel like physical motion is keeping you from your optimum gaming performance (see video called Crazy Girl on Wii below).


Many games will allow you to control your character’s movement with the Nunchuck in your left hand, while your right hand is free to execute the action movements with the Wii Remote. For example, the Nunchuck comes in extremely handy for games like Wii Boxing. You can use the Nunchuck to hit with your off or weaker hand, while you use the Wii remote to punch and jab with your primary hand. Hardcore gamers may even want to use two Nunchuck controllers to gain a competitive edge. 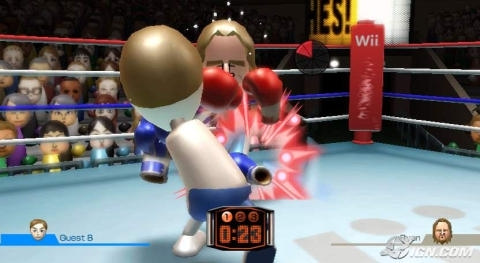 Rather use the Nunchuck in your right hand? No problem. Because the Wii Remote and Nunchuck controllers are only relatively dependent on each other, players are free to hold them in whichever hand is most comfortable. The ambidextrous nature of the Wii controllers grants accessibility seldom seen in previous game controllers.

Also, the Nunchuck controller doesn’t need its own power – it plugs into the Wii Remote controller when it’s in use. So there’s no worry about charging up or expensive batteries.

Adding a Nunchuck to your Nintendo Wii system will definitely help you open the doors to the next level of gaming. Just be careful you don’t accidentally smack your wife or punch your dog while using your Wii controllers like these guys.