AT&T has announced that it will release the new stylish Nokia Mural (6750) clamshell phone through select AT&T retail locations and www.wireless.att.com beginning September 6, which the company described as the affordable mobile device as rich in features as it is in color, coming in multiple cover illumination colors in choices of blue, red, green, orange, purple and pink. 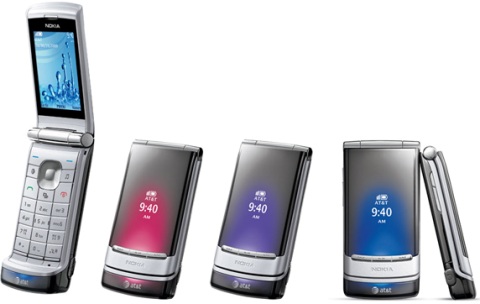 “Nokia Mural is a feature packed phone with an added level of fun, allowing people to express themselves with the eye catching lighting. We are very excited to bring this to consumers with AT&T,” commented David Petts, Vice President and General Manager, AT&T Account, Nokia. “We are continuing to expand our portfolio in the U.S. with varying price points and features for all consumers.”