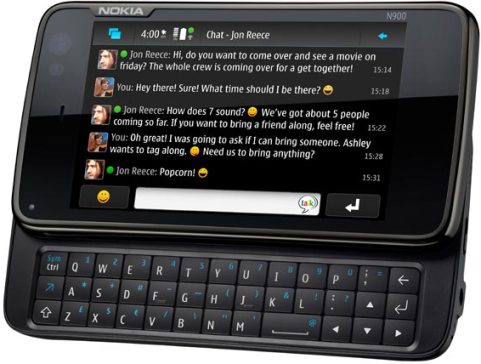 “Consumers from every segment of the population are looking for more out of their mobile device – more power, more ability, more connectivity. The Nokia N900 ushers in a new era with a very powerful mobile computer,” commented Alessandro Lamanna, Vice President for Retail Sales at Nokia. “With an open source operating system, incorporated technology like an OMAP processor, and real time web widgets, the Nokia N900 delivers the experience of a pocketable computer that has the information you’re looking for right there waiting for you thanks to the ability to be connected just about anywhere.”