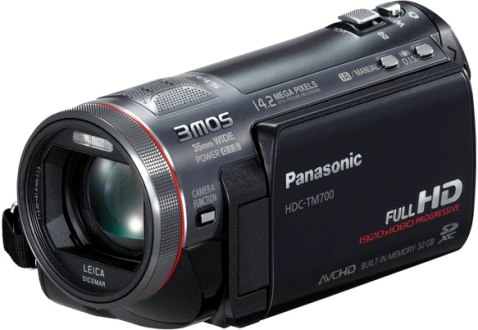 What’s the differentiate between Panasonic HDC-HS700 and HDC-TM700? Panasonic HDC-HS700 records to its large 240GB HDD that able to store 102 hours of video recording in HE mode, while Panasonic HDC-TM700 incorporate 32GB built-in Flash memory that can save 13 hours and 40 minutes of recording (HE mode). In addition, both Panasonic HS700 and TM700 have a SD/SDHC/SDXC memory expansion slot for added storage capacity.

“For video enthusiasts looking for a feature-rich, high-performing, yet affordable High Definition Camcorder, Panasonic’s new TM700 and HS700 3MOS models will be a hit this year,” commented Chris Rice, Product Manager, Imaging, Panasonic Consumer Electronics Company. “Last year’s TM300 was extremely popular and won several honors and awards for its video quality and performance, so with the improvements we have made with the TM700/HS700, including extended zoom, wider-angles and a more advanced image stabilization system, we are excited to give consumers the ideal tool they need to capture their memories with superb quality.” 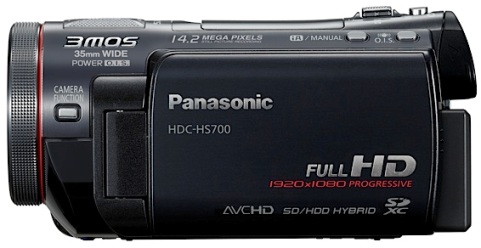 The new Panasonic HS700 and TM700 HD camcorders that includes 5.1-Channel Surround Sound System with Zoom Microphone will be available in black color, and the pricing and launch date have yet to be announced.