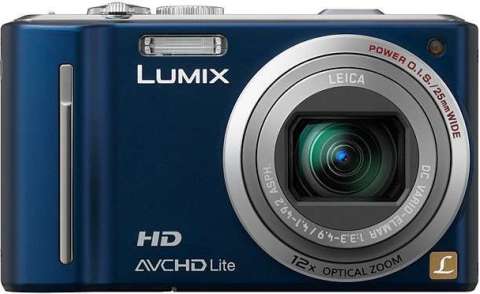 “As a successor to the Panasonic LUMIX ZS3, which was last year’s most popular compact model, we are confident the Panasonic LUMIX ZS7 will continue the success, thanks to big features like HD video, 12x optical zoom and the newly added GPS capabilities and it’s super-fast Auto Focusing,” said David Briganti, Senior Product Manager for Imaging of Panasonic Consumer Electronics Company. “Panasonic is excited to introduce our first GPS-enabled digital camera, and it adds to the ZS7’s appeal as the ultimate travel companion – from its range of shooting options, both far and wide, and now the ability to record exactly where photos were taken. We are confident consumers will have all the features they need to capture high quality photos and video and share their travels with their friends and family.”

Panasonic LUMIX ZS7 will be available in 4 variants of colour – silver, black, red and blue, but no words on its price and availability yet.