Panasonic has announced its latest rugged notebook which is known as Toughbook 31. The rugged notebook has been designed to meet the military standard 810G for protection from six-foot drops, dust, shock, vibration, salt, fog and humidity as well as temperature extremes. The casing of the notebook has been fully sealed with magnesium alloy for improving water resistance and scratching. 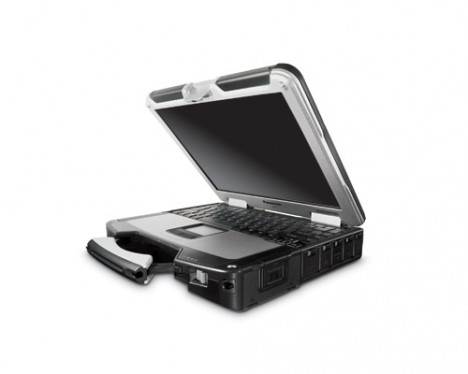 The 13.1-inch rugged notebook is powered by Core i5 or Core i3 processors along with available discrete graphics and packs a punch to deliver desktop-class performance and improved video/3D graphics.

Key features of the Toughbook 31 includes:

The Toughbook 31 is now available with the price start from $3,800.