The division of Paramount Pictures Corporation, Paramount Digital Entertainment (PDE) has announced the launch of the new Iron Man action-packed game for iPhone and iPod touch, named as IRON MAN: AERIAL ASSAULT, which utilizes the innovative technology in the mobile devices, such as accelerometer and Multi-Touch users interface, aiming to enrich the game play experience while providing new and exciting challenges to conquer throughout. 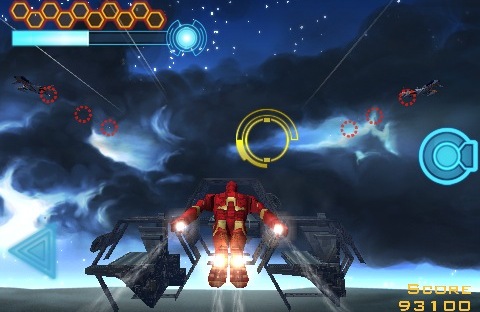 According to the company, “The Iron Man game gives players the opportunity to play as Iron Man and engage in aerial combat and challenges that require quick maneuvering and accurate shooting. As players navigate through high altitude battles, they will soar through 12 different levels of airborne combat where menacing enemies will not rest until they have conquered the skies. To aid in the mission, players have access to high-powered weaponry and strategic flying mechanisms that will serve to eliminate those that stand in Iron Man’s path.”

Players can hone their skills by using an upgradeable, high-powered armor developed by Stark Industries. In addition, the gamers can access, charge and fire an arsenal of state-of-the-art weapons, including repulsor blasts, missiles and devastating Unibeam.

The new IRON MAN: AERIAL ASSAULT game for iPhone and iPod touch is now available through Apple’s App Store for $7.99.