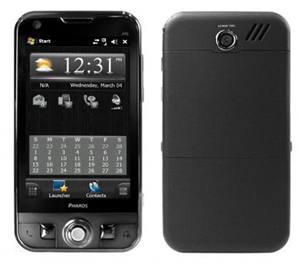 Powered by Qualcomm MSM 7201A 528MHz processor, Travel 137 is also featured with a 3.5-inch TFT LCD with 480 x 800 resolutions, equipped with a 3-megapixel camera on the back with video recording function and a 0.3-megapixel camera on the front for video conferencing. Besides, it also comes with 256MB RAM, 512MB flash ROM, supports microSDHC memory card and, a 1380mAh battery that supports up to 7 hours of talk time on GSM and up to 200 hours of standby time.

“When it comes to phones, we believe consumers deserve the full spectrum of choice,” said by Stephanie Ferguson, general manager, Microsoft Corp., Microsoft Corporation. “The Traveler 137 is a great example of a Windows phone that gives consumers the choice of 3G networks, the choice of personalization and the choice to use a single, powerful phone for both work and life.”

The Travel 137 smartphone is available for purchase at Pharos, Amazon, Expansys and Newegg with the price of $599.95, while Travel 127 with a two-year T-Mobile service contract will has $250 discount.