Philips has announced its new mobile phone – Philips Xenium X830, which comes with a stylish design and high-performance multimedia functions. The Philips Xenium X830 is the first mobile phone from company which features 5 megapixels camera with automatic focus and LED flash. In addition, the phone equipped with FM radio with RDS, media player, WiFi, Bluetooth and supports quad band GSM connectivity with EDGE. Philips Xenium X830 can be operated only by touching the fingers or with a small touch via the touch screen pen, and its also comes with great battery life. Furthermore, the GPS receiver is another goody that made its way into this power efficient mobile phone. 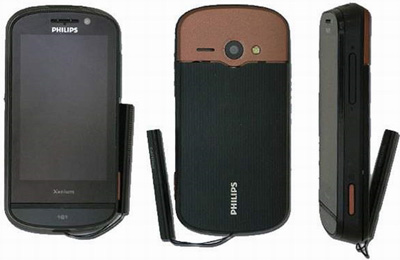