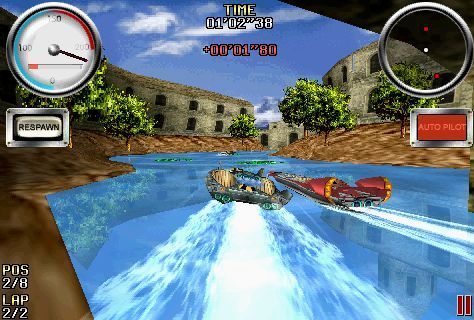 “Raging Thunder and Crash Nitro Kart have both been extremely well received by gamers and in reviews the world over. Looking to our previous games, we definitely have a lot to live up to in terms of both visual quality and gameplay value,” said Janne Korpela, co-founder of Polarbit and lead developer of Wave Blazer. “We are confident that we have managed to up the ante an additional notch with Wave Blazer and that gamers will be just as exited about it as they have been about Raging Thunder and Crash Nitro Kart.”