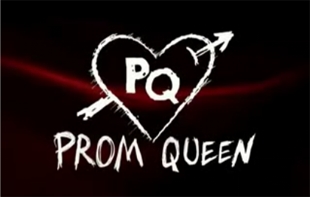 Movies are getting more high-tech and fast-paced. The Internet has joined the fray of entertainment media which is garnering more viewers by the day. But due to the short attention span of the new generations, movies on the Internet are necessarily brief. Well, about ninety seconds worth of viewing time, to be exact. That’s how long a movie clip on the Internet lasts before the next episode picks up from the cliffhanger scene the next day, and continues after that. Yes, it’s equivalent to the soap opera or drama series on TV but its’ more exciting and fast-paced besides reaching a wider audience. You can view it seven days a week for there is no fixed schedule on the Internet. And it’s free.

Prom Queen is the most popular Internet series to date. The usual ingredients for a successful high-school drama are there: sexy and beautiful women, hunks or pretty boys, high school, jealousy, betrayal, mystery or murder, drugs, booze, love, sex, and growing up. Prom Queen chronicles the lives of a dozen second-semester seniors preparing for college or jobs. Prom Queen was nominated for this year’s award for outstanding broadband drama. Prom Queen has beaten lonelygirl15 which began in 2006 and is still the second-most-subscribed-to channel on YouTube.

The budget for Prom Queen was between $100,000 and $150,000 – a meager amount compared to the costs of Hollywood productions. Commercials can appear at the same time as the movie, thus income from adverts is not lost. There is no guideline or rules governing the content of the Internet or broadband series. Thus, movie producers have field day exercising their creativity. Zumbrun wrote: “There are no standards for these shows — no guidelines for content, no Screen Actors Guild regulations, no MPAA ratings, no business model — and this potential for creative freedom is the lure for early producers within the medium.”