Samsung Electro-Mechanics has announced a cellphone with newly developed battery which compose of micro-fuel cell and hydrogen generator that runs on H20 (water), producing about three watts of power to power the mobile phone up for about 10 hours. 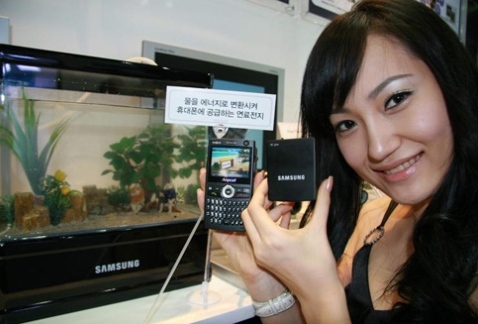 “When the handset is turned on, metal and water in the phone react to produce hydrogen gas,” explained Oh Yong-soo, vice president of Samsung Electro-Mechanics’ research center. “The gas is then supplied to the fuel cell where it reacts with oxygen in the air to generate power.”

According to Samsung’s research center, these innovative water-powered handset is expected to hit the market by 2010.