Nowadays, there is a trend that the WiMAX chip being integrated into mobile gadget. Being one of mobile phones market leader, Samsung recently unveiled its latest mobile WiMAX PDA phone, SPH-P9000 Deluxe MIT which provides wireless converged services to extend its capability beyond Wifi coverage and CDMA usage. 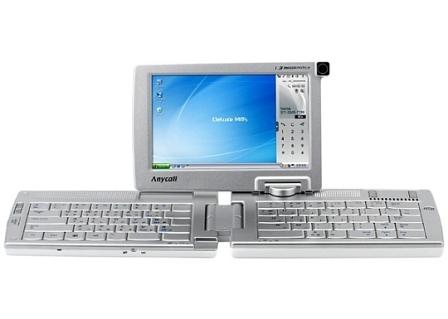 WiMAX, which is also known as IEEE 806.16e standard, has a similarity to wireless 802.11a/b/g but is far more powerful in terms of bandwidth and the radius that it could reach. Conservatively, it is capable of offering users with typical throughput of 70 Mbps up to a radius of 50km.
The SPH-P9000 will be launched in Korea first half of 2007. With the availability of WiMAX infrastructure, we should expect to see more wide range of similar gadgets in the market in the near future.