Samsung has finally announced the upgraded model of its popular Samsung Star phone with the named of Samsung Star II. The bar phone has been designed to target those users who look for social networking services while on the go. Therefore, the phone has been preloaded with several social networking applications such as Facebook, Twitter and multiple IM 2.0 for access to Yahoo Messenger, Gtalk and AIM. 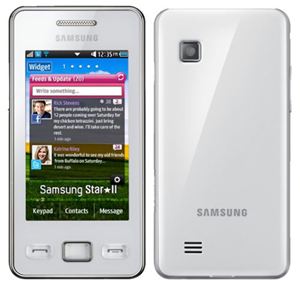 The Samsung Star II is expected to be available in February in Germany and follow by other European countries, CIS (Commonwealth of Independent States), South America, India and the Middle East. However, the price of the bar phone is not yet announced.