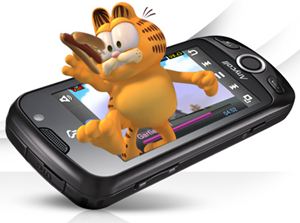 Featured with 3.2-inch AMOLED capacitive touchscreen display with 240 x 400 resolutions, the Samsung W960 AMOLED 3D is also equipped with 3.2-megapixel camera with auto-focus function. The Samsung W90 AMOLED 3D is operates on CDMA platform and runs on the Samsung’s own user interface “TouchWiz 2.0”. It boasts a DMB-T TV tuner, supports HSDPA and HSUPA connectivity, integrated with MP3 and MP4 player for users to enjoy their favorite songs while on the go, and preloaded with Document viewer which supports Word, Excel, PowerPoint and PDF formats. In addition, it is Bluetooth enabled and supports microSD memory card.

The Samsung AMOLED W960 is expected to be available in Korea in Q2 via SKT, KT and LGT operators,