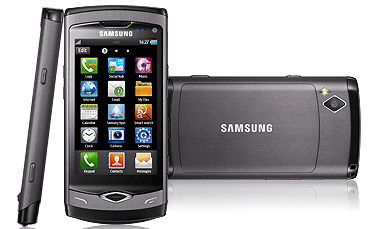 With the new Samsung Bada software platform, the users can get their “true-personal” phone by customizing up to 7 home screen with their favorite shortcuts and simple-to-use menus for instant access to the stuff they use most.

“The Samsung Wave represents our strategy to deliver rich, exciting smartphone experiences to everyone,” said JK Shin, President and head for the Mobile Communications Business at Samsung Electronics. “This launch will make our platform vision a reality and consumers, developers and operators will experience the freedom of choice that bada enables.”

In addition to European countries, Samsung Wave S8500 is expected to be available in Southeast Asia, China, the Middle East and Africa, and Latin America in the near future.