Have you thought before that Korea would be the first place on the planet to receive an 80GB version of the PS3? Japan consumer electronics giant, Sony has recently launched its higher-capacity Play Station model, the 80GB PS3 (PlayStation 3) in South Korea, the only country where an 80GB version of PS3 is available. The PS3’s launch event that running well with a group of Sony’s gorgeous, glamour and sexy babes and models is held in Seoul and was attended by most photographers, media and gaming fans. 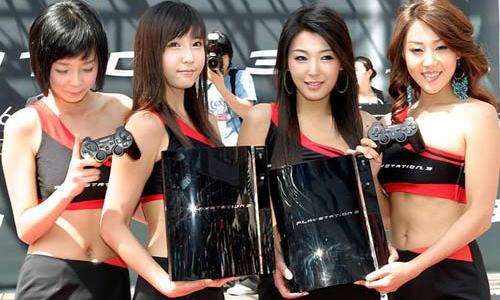