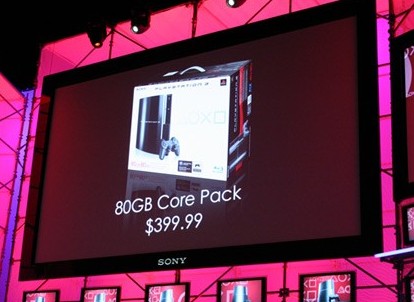 According to Sony, “The new 80GB model will be a complete entertainment system comprising of a Blu-ray player, HDMI output, an integrated Wi-Fi connection, Cell Broadband Engine and a built-in 80GB hard-disk drive. The multi-functionality of the 80GB PS3, combined with more than 140 exclusive and third-party titles and the PLAYSTATION Network, is a comprehensive entertainment value designed to appeal to a wide range of consumers from hard-core gamers to general entertainment enthusiasts.”