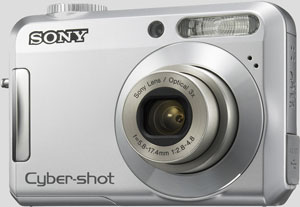 Sony DSC-S650 still can shoot without load the optional Sony Memory Stick Pro Duo instead of it’s 24mb internal memory (not more than 10 picture with 7.2 megapixel). This model can support up to 4 gb memory so you don’t have to worry about the storage capacity during your vacation. 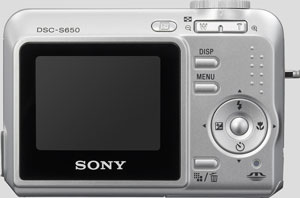 The Cybershot DSC-S650 is so easy to use, especially in child’s play which makes it perfect for the entire family for those unforgettable memories that will last a lifetime. As conclude, one of the lowest-priced of Sony’s 2007 camera, Cybershot DSC-S650 with incredible features expect to sell in huge quantity to first times digital camera buyers.