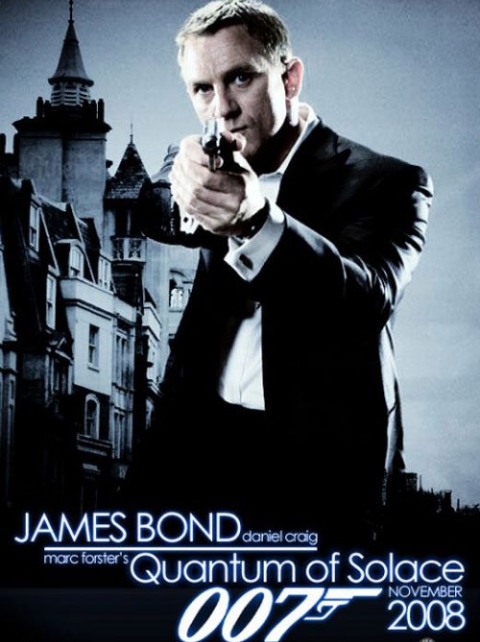 According to the release, “Daniel Craig reprises his role as Ian Fleming’s James Bond 007 in QUANTUM OF SOLACE, the Metro-Goldwyn-Mayer Pictures/Columbia Pictures release of EON Productions’ 22nd adventure in the longest-running film franchise in motion picture history. The film is directed by Marc Forster. The screenplay is by Neal Purvis & Robert Wade and Paul Haggis. Michael G. Wilson and Barbara Broccoli produce.”

“We are excited to announce the continuation of our relationship with the James Bond films and unveil James Bond’s new phone for this year – the limited edition version of our C902 Cyber-shot phone,” said Lennard Hoornik, Corporate Vice President and Global Head of Marketing, Sony Ericsson. “With the rich array of content both on the phone and preloaded on a memory card bundled with the C902 Titanium silver limited edition, fans of the secret agent will only get more James Bond with Sony Ericsson.”

The cool Sony Ericsson Titanium silver C902 Cyber-shot mobile phone that comes with interactive 007 content and spy-style game is expected to be available in Q4 2008 for a limited period, but no words on its price yet.