As you know from their name, there’re two Walkman phones and one phone in the emotional design category. 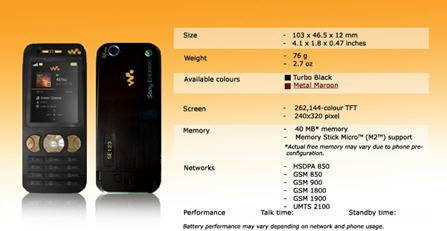 SE W890i – A 3G-capable Walkman phone which includes an accelerometer, an 3.2 megapixel camera as well as a new version of Sony’s Walkman media player software.

SE W380i -A mid-range Walkman phone which features a new feature called as “gesture control” which should be able to control some media control by physical gestures.

SE K660i – An internet-centric mobile phone which designed to allow users to browse the web in both portrait and landscape mode. In addition, this 3G phone also has a maps and navigation services, aiming to deliver the great mobile internet experience to the users.